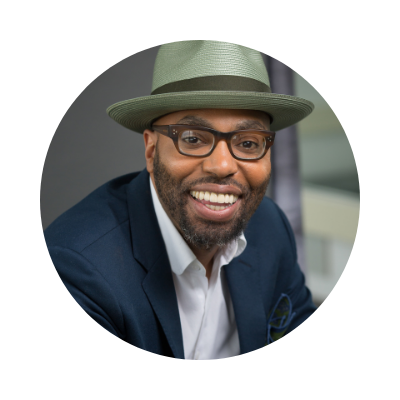 In this session, Professor Emdin describes the landscape of contemporary education and offers a new lens for making sense of how and why we teach. He describes why it is important for educators to be Ratchetdemic—equal parts ratchet and academic, as they create space for young people to be their authentic selves in classrooms. Equally drawing from Pentecostal and Buddhist traditions, the talk offers pathways to transformative youth-centered teaching that activates learning. Through narratives, stories, and descriptions of teaching tools, the talk reimagines academic success.

Christopher Emdin is the Robert A. Naslund Endowed Chair in Curriculum Theory and Professor of Education at the University of Southern California; where he also serves as Director of youth engagement and community partnerships at the USC Race and Equity Center.

Dr. Emdin holds a Ph.D in Urban Education with a concentration in Mathematics, Science, and Technology; Masters degrees in both Natural Sciences and Education, and Bachelors degrees in Physical Anthropology, Biology, and Chemistry.

He is the creator of the #HipHopEd social media movement and Science Genius BATTLES. He was recently named one of the 27 people bridging divides in the United States by Time magazine.

He is the author of numerous award winning works including the award-winning book, Urban Science Education for the Hip-hop Generationand the New York Times bestseller, For White Folks Who Teach In the Hood and the Rest of Ya’ll too. His latest books, Ratchetdemic: Reimagining Academic Excellence and STEM, STEAM, Make Dream are currently available wherever books are sold.