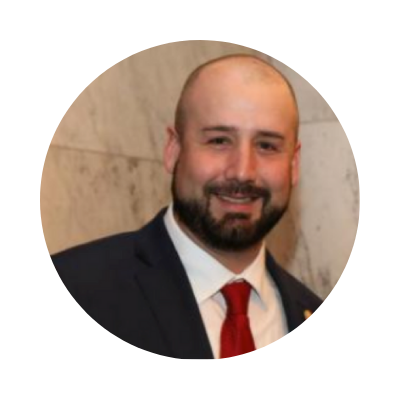 A highly-regarded educator and leader in Nebraska for over twelve years, Principal Jon Pickinpaugh has distinguished himself as a master teacher and a transformational school leader. As a middle school science teacher in South Sioux City, NE, he was awarded the South Sioux City Schools Teacher of the Year. Achieving this honor, made him the youngest to ever receive this award. He was a Milken Award recipient in 2017, making him only 1 of 47 educators in Nebraska to receive this honor. Milken Educator Awards are hailed by Teacher Magazine as the Oscars of Teaching. After receiving the Milken Educator Award, Pickinpaugh set his sights on transforming one of the lowest achieving school in Nebraska and became the high school principal at Umonhon Nation Public School in Macy, NE, located on the Omaha Indian Reservation. Through perseverance, hard work, assistance of a strong leadership team, and a never give up attitude, Pickinpaugh has implemented several programs in the high school as well as built strong relationships with the students, staff, and community to see a dismal graduation rate of 46% increase to 80%, in just three years. Currently Pickinpaugh and Umonhon Nation Public School are working on transforming education to fit the needs of all learners in this ever-changing world by building and implementing the Against the Current Career Academy. The academy provides six different career pathways for the students to explore during their high school career. Through the work of trauma informed care, social emotional learning, career education, and equity for all students, Principal Pickinpaugh has high hopes to not only turn a school around but to bring positive change to the community and transform what education will look like for the future of Umonhon Nation Public School.

“We Aren’t Messing Around”

Join Jon Pickinpaugh, Principal/Director of Alternative Education, and Ricardo Ariza, JAG Coordinator for a dynamic presentation about their work with the UmonHon Nation School District in Macy, Nebraska. What started out as Nebraska’s lowest-performing school is starting to see a turn for the better. Providing a progressive response to education reform, career development, innovative thinking, and food sovereignty has led the school to provide a better education for all students and has breathed new life into a once dying community.